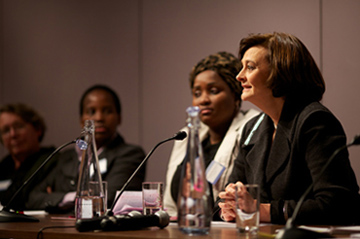 The week was hosted by leading law firm Freshfields Bruckhaus Deringer in partnership with Skillshare International.  Matrix Chambers and Clifford Chance law firms also participated in the week, which aimed to build the capacity of delegates to push for effective legal framework changes, particularly around domestic violence.  Delegates shared their country experiences and recognised that the culture of domestic violence was surprisingly similar across the globe.  They identified an opportunity to collectively challenge state toleration of violence as a human rights violation.

Delegates now hope to create a regional forum to undertake an economic audit that will reveal the true cost to their governments of domestic violence.  In the UK, a similar audit discovered that domestic violence costs the corporate sector £2.7 billion per year in lost employee days.