Coaching for Hope in India

Our Coaching for Hope programme was launched in India at an event in the southern state of Kerala and was attended by our CEO Dr Cliff Allum, our Programme Director Julie George, and leading local dignitaries. 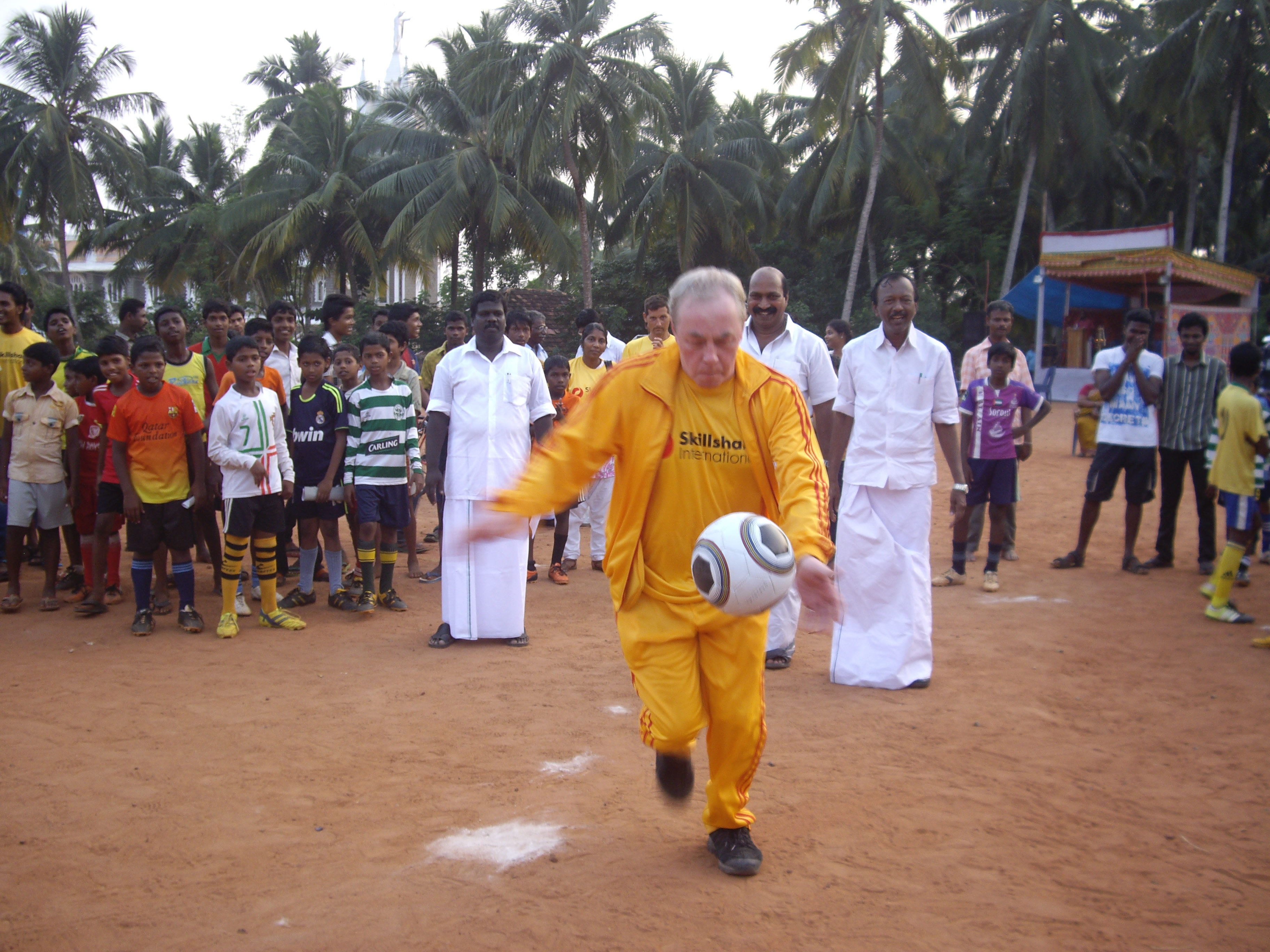 The new programme, which has also started in Orissa and Haliyal, is being run in Kerala in association with our local partner KMS. The new programme was inaugurated by Mr A. T. George, a member of the Legislative Assembly. There was also a presidential address by Mr Rufus Daniel, the Vice-President of the District Panchayat. Skillshare International's Cliff Allum launched the new programme by kicking a football into the crowd awaiting the opening match, which ended in a draw.

The launch took place on the first day of an initial five day programme undertaken by UK-based coach Dan Lawson, who is supporting the programme throughout India. Dan commented:

"The kids think the programme is about football skills, but soon recognise it's about a lot more than that, looking at issues such as sexual health."

Dinesh Baliga, Skillshare International's Programme Manager in India, joined the inaugural game with Cliff Allum, and was very encouraged about the programme:

"You can see the potential of this programme from today as a way of engaging with young people and it is something we can look to run across India."

Watch this space for more information about the Coaching for Hope programme in India, and for updates on activities!